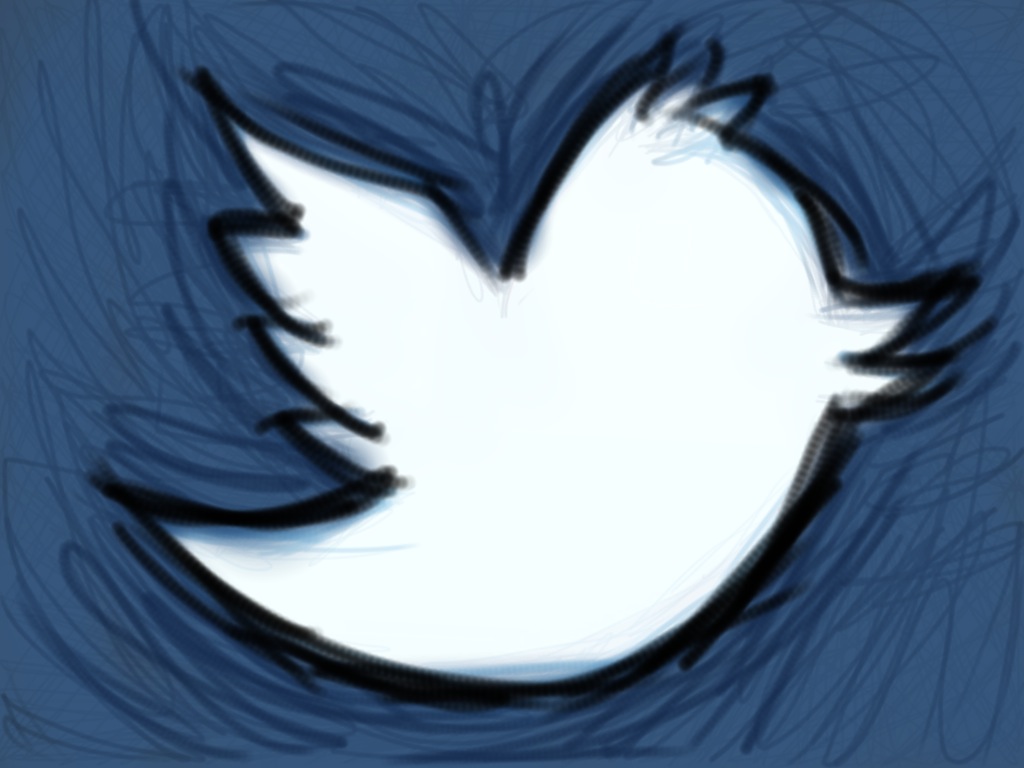 I’m not on all social media. I pretty much stick to Twitter and Facebook, and for now, that’s plenty of distraction for me. I know everyone’s on Instagram, but I Just. Can’t. Add. Another. Time Suck.

I was kind of slow to catch on to the Twitter thing. But when I did, I couldn’t believe how cool it was! I think Sara Zarr was the first person I followed, and then I saw her having a Twitter conversation with Sarah Dessen and I almost died. I get to eavesdrop on their conversation and it’s totally legal, and they even want me to! Quickly, I determined what everyone had already told me. On Facebook, you know everyone IRL, but you might not be that interested in what they’re saying. On Twitter, you don’t know anyone IRL, but you care about what they’re saying. Very much. Twitter is perfect for anyone who has a specific area of interest.

I started out by following agents, editors, and authors. I followed the ones I’d heard of and read, and then I started following the ones that were recommended to me by Twitter. I added book bloggers to the mix. One thing led to another, and not only was I up on who was publishing what, or what festivals were where, or the best ways to smash through a writing rut, I was also up on an agent’s need to get all of her pants hemmed, and I knew what kind of dog my favorite author had.

But more than that: Things have happened because of Twitter.

I basically met my agent, Linda Epstein, through Twitter—she announced a Writing Yoga retreat that she was organizing. I went. I had a different agent at the time of the retreat, but when she left the business a few months later, Linda and I had lunch, and here we are. Thank you, Twitter.

I can help promote my fellow authors’ books. After reading and loving them, I can tweet about them, and then one of my followers might retweet and so on.

I’ve learned about blogs and online magazines I hadn’t known about before.

I usually hear about major news events from Twitter, and it makes me feel like I sort of know what’s going on, even if I haven’t read the actual news that day.

I love when a hashtag erupts organically and you can spend all day reading and tweeting—like #MSWL (manuscript wish list, which has now become a website), #WeNeedDiverseBooks (now a non-profit entity), and #TenThingsNotToSayToAWriter. Man, I could spend all day on that one alone.

But there are some things that aren’t so great about Twitter.

It’s a huge cavernous time suck. I can’t look away. The feed is constant, it never stops, and if I haven’t checked it in a few hours, I feel like I’m missing out. The distraction is real.

Sometimes Twitter can get angry and mean. There are a few hot button issues out there in the book world universe—diversity, rape culture, sexism, racism, and more. Twitter is a great place to discuss these issues, to learn more, to encourage open-mindedness, but it’s also such an open forum that it also acts as a place where people can be attacked or silenced or minimized. I’ve seen authors disable their Twitter accounts because of backlash about something they tweeted. That makes me sad. I do believe authors (or anyone) should be aware of what they’re saying, and try not to say something stupid or offensive, but on the other hand, if they’re too afraid to say what’s on their mind for fear of getting attacked, then what’s left to tweet? “I had Lucky Charms for breakfast” or “Buy my book.” Ew.

Twitter is a huge distraction. Did I mention that one already? Amazing how those 140 characters add up one after another to hours and hours of time suckage.

Despite the few negatives, though, when it comes to Twitter, #I’mAFan.

Natasha Sinel writes YA fiction from her home on a dirt road in Northern Westchester, NY. She drives her kids around all afternoon, but in her head, she’s still in high school, and hopes that no one near her can read minds. Her debut YA novel THE FIX is now available from Sky Pony Press/Skyhorse Publishing.